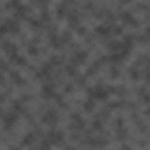 My beginning of Doom modding started in February 2017, and also, you can tell why I started.

Since I am the greatest person ever (in Discord and such), I help people do scripting, take care of their own WADs, and all that stuff. You can discuss me if you actually want, Doom Wikia users. ;)

Personal Attacks and Self Promotion

You have been blocked for three months for mostly vandalism against my user page, wiki article about myself, and removing the deletion tag on your own article. I want ahead and deleted the article since it was against the wiki's terms of service and you also don't have any authority when it comes to the Doom wiki. Justice ∞ (talk) 05:34, January 17, 2018 (UTC)

Also, Justice Infinity had a warning on my page, so I didn't care, went ahead, deleted it, and blocked the admin from Doomguy 2000. He had lied around several years ago that he never wanted to realise why he needs to improve the articles. So I called him a foolish terry-wad creator and realized that I got blocked.

I hate the Doom Wiki. I'll never go to it again. — The preceding unsigned comment was added by Roozy1999 (talk • contribs) .

I nominated the page for deletion because it's against policy to have articles on wads that are works in progress. Plus you're not an admin because you don't run this wiki and can't give me orders. The second sentence is a lie with no evidence to back that statement up. The reason why I blocked you was because of vandalism and intimating behavior pretending you run the place thinking you can use the Doom wiki to self promote your own wads. It has nothing to do with you calling me a terry-wad creator which I'm not, I just include Terry related stuff into some of my wads.

Gotta love the fact that you removed my comment and likely didn't bother to read the wiki's policies and guidelines on what is allowed to have an article. Removing my comment and not taking responsibility for your actions is evidence that I did the right thing by blocking you. If you want, I can change the amount of time to infinite so that way you can never come back here again. Justice ∞talk) 07:38, January 18, 2018 (UTC)

Know the way by watching this video. See what actually happens if you can't understand your admin tools. — The preceding unsigned comment was added by Roozy1999 (talk • contribs) .

How exactly am I abusing my admin tools? It was you who chose to use this wiki to self promote your project and personally attack me when I choose to nominate your page for deletion. Removing the deletion tag during a deletion debate is vandalism. Only admins can remove the deletion tag. Here is where you can read about the policies concerning deletion.

Here I will give you a couple of examples:

"If a deletion tag is removed by a user during a deletion debate, it is considered vandalism and will be treated as such. Removing links to the article from other articles is also vandalism."

"Deletion templates are only to be removed by administrators, and only in the following cases:

I also had my comment in two separate paragraphs separated because I didn't want those paragraphs together. Editing people's comments can also be considered vandalism and your recent reply is also more intimidating behavior which is against the terms of service. Justice ∞ (talk) 05:21, January 19, 2018 (UTC)

I think I'm done here at this point since you don't seem to be reasonable and willing to take accountability for you actions. Your last reply is another example of more intimidating behavior towards me so I want ahead and changed the amount blocked time to infinite. While I was at it, I also restored the original title of this discussion and restored my first comment you wrongfully deleted. Justice ∞ (talk) 07:12, January 21, 2018 (UTC)

Retrieved from "https://doom.fandom.com/wiki/User_talk:Roozy1999?oldid=107611"
Community content is available under CC-BY-SA unless otherwise noted.