Several Doom 3 monsters, characters, and art designs were cut in the development process and did not make it into the finished game. Id Software first experimented with sculpting and scanning VS modeling but the data was dense and unwieldy, so they abandoned it pretty quickly. Various concept designs of these monsters were shown amongst the pre-release Doom 3 promo material. One of them was a new version of the Arachnotron and Spider Mastermind (seemingly cut in favor of the other new arachnoid monsters Trite and Vagary) while the rest were apparently new designs. Eventually some of the unfinished monsters were finished and used in the Doom 3 expansion, Resurrection of Evil.

An Arachnotron concept drawing that was cut from the game. 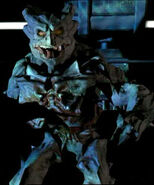 An unused monster (aka Birdman). 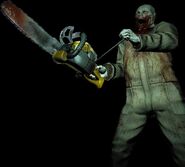 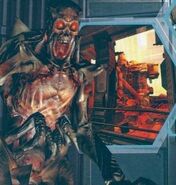 Concept art of a Cherub.

Early version of a Cherub.

Concept drawing of a Cacodemon.

An unused monster model (aka Cyber0rc) 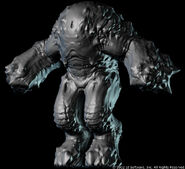 An unused model for an unknown demon,the model and finished textures are still in the game files.
Add a photo to this gallery
Retrieved from "https://doom.fandom.com/wiki/Unfinished_Doom_3_monsters?oldid=116537"
Community content is available under CC-BY-SA unless otherwise noted.