Taras Nabad was the capital of Argent D'Nur. It was here where the Doom Slayer's legend rose to unexpected heights, when he single-handedly stopped a demonic invasion by slaying the immensely powerful Titan known as the Dreadnought with the Crucible. The city was home to a Maykr device known as the Divinity Machine, which was used by the Maykr chancellor Seraphim to empower the Slayer. When the Slayer returned there, he retrieved the Crucible from the defeated Titan's body.

The city of Taras Nabad was the crown jewel of Argent D'Nur. For centuries it served as the spiritual heart of Argent society, home to both the royal family and the center of political power. No expense was spared in the building of the city, with bold colonnaded architecture and towering monuments to gods and kings resplendent on every avenue. Rural Argenta flocked to Taras Nabad on pilgrimage to the Maykr temples.

The city was ground zero of a massive demonic invasion attempt, and although the invasion was thwarted the attack changed Argenta society forever. 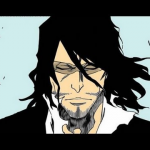