SlaughterDM is a Boom 9 level deathmatch set released on New Year's Eve in 1999. It was originally started in August of 1998 by David "Dagger" Gevert as a 32 level megawad with its own weapons and source port. Due to a series of hard drive crashes and many members of the team quitting or being fired from the team by Dagger (on account of insufficient connectivity), the weapon sprites were lost and there was not enough man power to complete the amount of levels originally planned. As a result, the project was scaled back to be finished by the dwindled team. After Dagger had to step down as leader in May 1999 due to a lack of free time, Blain Newport took over to oversee its completion.

The main interest surrounding this release is a map collaboration between the Dystopia 3 duo Anthony "Adelusion" Czerwonka and Iikka "Fingers" Keränen. A peculiar piece of history behind the WAD is an IRC EFNet #doom2 conversation where Fingers offered his "final" Doom II level to the first person to ask for it. Dagger won the contest over Crucified Dreams' moderator Scott "Covaro" Cover, and as a result, Adelusion completed the level for this set. Fellow GothicDM associate Matthew "Mattrim" Dixon also contributed some tweaks for finalizing its design. 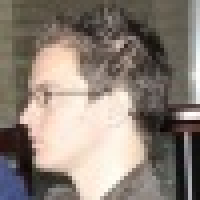