Harbinger of Doom, is the final boss of Wolfenstein RPG (in the level "Harbinger"). He is a paranormal monster that comes from another dimension to serve as Harbinger of Apocalypse. However, B.J. defeats the demon after a lengthy battle using the Spear of Destiny. He then tells B.J. that he will continue to fight his descendants[1] (B.J. Blazkowicz III, Stan Blazkowicz) in the future, which takes place in the events of Doom series as the Cyberdemon.

Some point in the future, B.J. Blazkowicz's descendant (a Marine), killed a cyber demon with a soulcube not long after he was sent to Mars (Doom 3). Later after getting some psychological treatments on earth, he returned to Mars, where the evil Dr. Kronos created the Cyberdemon again by combining UAC technology with the Harbinger's flesh. It was when it passed through the portal from Hell. UAC records state that there were no survivors. However, following this the Marine returns to work on Mars (but this was not the last time he would fight the forces of hell or a Cyberdemon). The next time he fought the Cyberdemon was on Deimos.

Another one of BJ's descendants, Stan Blazkowicz would have an encounter with the beast during his trip to Hell.

The reference to "descendants" is particularly meta, it can apply to any or all various various counterparts of the Doom Marine. If it refers to Doom II RPG universe, it might suggest Kira Morgan and Riley O'Connor may also be descendants of Blazkowicz.

In Doom II, one can find four Commander Keens are guarded over by a Cyberdemon, leading to the speculation by some that the four Keens represent the four Keen family members, and that the Cyberdemon has taken revenge on William Blazkowicz's descendants just as he prophesied he would. Tom Hall noted that Keen's grandson killed four of his grandfathers.[2] According to him, in his story, that was okay. 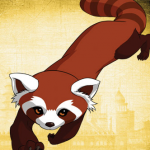