The Equipment Launcher is a weapon in Doom Eternal. It is a small cannon mounted on the shoulder of the Doom Slayer's Praetor Suit, providing support fire as he mows down demons with his primary weapons.

The Equipment Launcher can fire three types of ordnance, none of which require ammunition; instead, each function recharges over time. The recharge time for each can be reduced by using the Equipment Fiend rune.

Aquired in the Fortress of Doom before entering Exultia, the Flame Belch shoots a plume of fire from the Equipment Launcher, setting enemies alight if they're caught in it. A burning enemy will drop armor shards when shot with other weapons, bursting into a pile of armor if slain. Flaming enemies will drop a burst of armor even if glory killed or chainsawed. The Flame Belch is an incredibly important survival tool, especially on higher difficulties, allowing the player to instantly replenish their armor using the large groups of fodder demons that spawn during combat. Quickly looking behind you mid-burst can allow you to catch enemies outside of your field of view. The time enemies remain ignited is shorter for high tier demons, even after being upgraded.

Aquired in the Fortress of Doom before entering Cultist Base, the Ice Bomb releases a freezing explosive from the Equipment Launcher, flash-freezing enemies for a short period of time. It can be utilized to immobilize a group of enemies before they do any serious damage, as well as allow for an opportunity to rack up risk-free damage on durable opponents. Unlike the Frag Grenade, the Ice Bomb detonates on impact, allowing you to freeze airbourne opponents, or fire one at the ground to instantly halt surrounding demons. Like the Flame Belch, the effect duration is shorter for higher tier demons. Unlike the two other tools, the Ice Bomb is not available in Battlemode.

Aquired in the middle of Hell on Earth, the Frag Grenade is the simplest of the Equipment Launcher's options; it blows stuff up. This is the launcher's strongest weapon for damage output, being able to wipe out Fodder-class demons in a single burst - especially effective if they're in groups. The Frag Grenade has seen a notable upgrade since Doom (2016), becoming much more of a neccessary tool. It is now guarenteed to falter demons, interrupting their actions for a brief period, and is also guarenteed to stagger Cacodemons if one is lobbed down their maw. They also no longer interupt the player to play a throwing animation, allowing them to be lobbed during an assault from a rapid-fire weapon.

Custom-built to fit the Doom Slayer's Praetor Suit, this shoulder-mounted ordnance system is modified to serve a variety of combat roles. Designed as a universal munitions platform, the Equipment Launcher is capable of alternated its armament configuration with the press of a switch, activated by a reflex senor located on the interior of the Praetor Suit's gauntlet. In its Flame Belch configuration, the Launcher spits a gout of fire exceeding 1000°C, setting even the sturdiest of demons aflame. While in its Grenade Launcher configuration, the Launcher fires a traditional UAC-model frag explosive, a projectile-based payload not dissimilar to that of the Ice Bomb, wherein the Launcher fires a EYE-C40 gas canister to flash-freeze nearby targets.

The Frag Grenade is upgraded through the use of Praetor Suit Points. The upgrades are located under the Frag Grenade section of the Suit tab in the Dossier.

The Ice Bomb is upgraded in an identical fasion to the Frag Grenade, via a dedicated tab in the Dossier.

Unlike the other utilities, the Flame Belch is upgraded via Sentinel Crystals, with half of the upgrades dedicated to it. 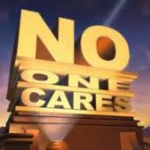 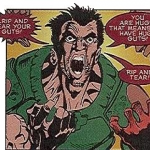