Doom II (also known as Doom II: Hell on Earth) is the first sequel to Doom. It was released on September 30, 1994.

The player once again takes the role of a lone Marine, an unnamed hero, who, after escaping Hell and being the only survivor, returns to Earth. He discovers that Earth has been invaded (as foreshadowed back in Doom I).

With all the major cities of the world in ruins, the remaining leaders plan to use spacecraft to evacuate the survivors of Earth's population. However, the starport is the only way for the ships to depart and the demons have protected it with a force field. All of humanity's remaining soldiers make a desperate assault on the starport, but eventually they are decimated and only the player remains.

The Marine manages to enter the infested starport, slay all the demons in his way and is able to shut down the force field. The surviving humans escape, and he sits quietly waiting for death, knowing he saved humanity from extinction.

Then, the remaining humans discover the source of the hellish invasion: the Marine's hometown. He gets back into the fight and exterminates the hellspawn from the town, and finds another entryway into Hell.

To close the portal, he must enter Hell again to stop the invasion. After journeying through its twisted surface, the Marine manages to confront the Icon of Sin, a gigantic demon, and kills it. Its gruesome death causes devastation on Hell, and the portal to Earth has been sealed.

Doom II is not a dramatically different game from its predecessor. There were no significant technological developments and no major graphical improvements; gameplay still consists of the player navigating non-linear levels, picking up keys to unlock new areas, and killing as many monsters as possible.

New enemies include the Heavy Weapon Dude (a.k.a. Chaingunner), Hell Knight, Mancubus, Revenant, Arachnotron, Pain Elemental, Arch-vile, and a new final boss. Being far more varied and innovative than the original Doom monsters, these dramatically changed the single-player gameplay. This wide variety of enemies has also made Doom II a reliable workhorse for the creation of custom WADs by Doom fans, much more so than the original Doom has been.

The player's only new weapon is the super shotgun (double-barreled shotgun). There is also one new powerup, the megasphere, and a few new decorations, including a burning barrel, a couple of lamps, six hanging mutilated corpses, and three other small pieces of gore.

In general, Doom II was well-received by the gaming community but was regarded in some areas as a disappointment. Its lack of major new features and its fairly homogeneous, sometimes drab level design were the biggest complaints. This was especially in comparisons made to later games such as Star Wars: Dark Forces and Duke Nukem 3D.

Unlike the original game, Doom II had no demo or shareware versions, and was available only through retail stores. Doom II was thus also known as the commercial version of the game, while the registered version was only available via mail order. (In 1995, however, the original was upgraded and also received a retail release.) Like Doom, Doom II received licensed ports after the fact to numerous additional platforms, including the Classic Mac, PlayStation, Sega Saturn, Game Boy Advance, and Xbox, although most of these ports included levels from both The Ultimate Doom and Doom II.

According to the German Strafgesetzbuch §86a, the usage of unconstitutional symbols is forbidden outside of certain contexts such as research, teaching and others. Because the two secret maps called Wolfenstein and Grosse use swastikas, the German version does not contain these maps to prevent the game from being the subject of search and seizure procedures (as Wolfenstein 3D had been, which was banned for 20 years in Germany). This means that it is forbidden to sell, hire or otherwise give the game to anybody, although merely owning the game is legal.

On 31 December 1994 (date of official announcement), however, the game was put on the Index of the Bundesprüfstelle für jugendgefährdende Schriften (Medien), which means only that the game cannot be advertised, sold, rented, or otherwise given to minors. This restriction applies to all versions of the game, except for the Game Boy Advance version.

The levels can be divided up into three episode-like sections, defined by their corresponding sky texture and separated by a textual intermission in addition to the standard intermission screen; as well as two secret levels. Additional textual interludes appear before MAP07, before each of the secret levels, and at the conclusion of the game. 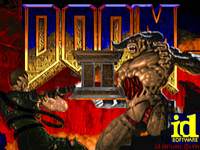 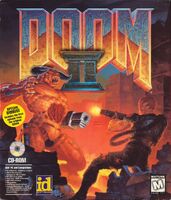 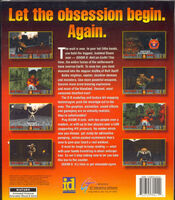 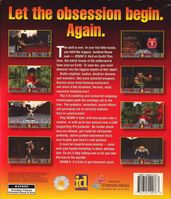 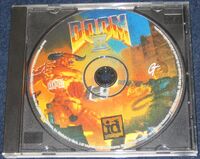 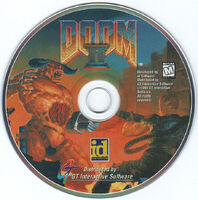 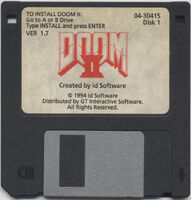 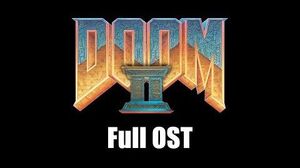