Doom 3: The Lost Mission is an expansion pack for Doom 3 released along with Doom 3: BFG Edition on October 16, 2012. It was sold as an included bonus in the BFG Edition for PC, Xbox 360, and PlayStation 3 and is only available through purchasing the BFG Edition.

It consists of 8 new levels, most of which were originally cut from Doom 3 (hence its title). The campaign features a new story with new voice acted log entries, as well as weapons and enemies from both Doom 3 and Resurrection of Evil.

In The Lost Mission, the player takes the role of the last surviving member of Bravo Team, which was seen being ambushed by demons in Doom 3. The Bravo team survivor is contacted by Dr. Richard Meyers, a scientist working on teleportation experiments in Exis Labs, and asked to help Meyers destroy an experimental teleportation array that was captured by the demons and is currently held deep inside Hell. The array is potentially powerful enough to send an army of demons all the way to Earth, hence Meyer's desperation to destroy it. To achieve this goal, the marine must acquire the components necessary to activate the Exis Labs teleportation system, then travel to Hell in order to destroy the teleportation array.

The Lost Mission consists of 8 new levels, mirroring the 8 level mission structure of each act of the original Doom (minus the 9th secret level). The levels are:

The Lost Mission includes almost all of the weapons from Doom 3 and Resurrection of Evil, including the Grabber Gun and double-barrel shotgun. The only exceptions are the chainsaw, soul cube, and artifact, which do not appear in the campaign (the hand-held flashlight also does not appear, due to having been removed from the BFG Edition). The Soul Cube does appear in The Lost Mission on Nightmare difficulty, to compensate for the constantly draining health on that difficulty setting.

Almost all regular monsters from Doom 3 and Resurrection of Evil also make an appearance in The Lost Mission, although some only appear once or twice or in a single area. The exceptions are the Lost Soul, Tick, Vulgar, and Chainsaw Zombie, which do not appear.

Modified versions of the boss monsters Vagary and Guardian of Hell also appear in The Lost Mission, during the final 2 levels set in Hell.

The Lost Mission does not introduce any new weapons or monsters to the game. Instead, it reuses content from both Doom 3 and Resurrection of Evil, excluding the Lost Souls (which are replaced by Forgotten Ones, as they were in Resurrection of Evil), the Cyberdemon, Sabaoth, Vulgars, Hell Hunters, the Maledict and the Artifact. The Soul Cube can be found, but only on Nightmare difficulty, acting as it did in Doom 3: killing demons charges it, providing the player some sort of medkits substitution.

However, it does utilize the BFG Edition's remastered visuals, as well as certain areas that appeared in Doom 3.

Chronologically speaking, the player character in The Lost Mission is the first Marine to actually enter Hell[citation needed]. This is because in Doom 3, Doomguy has to reach Delta Labs and fight through numerous obstacles.

The Lost Mission technically contradicts the original Resurrection of Evil's manual story[citation needed] (the manual story is not printed in the BFG Edition) in that it introduces more survivors of the events of Doom 3, who escaped on the Darkstar shuttle. 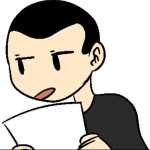 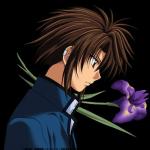