Bloom´s story begins 10 years after Doom II events. Earth governments try to rebuild the remnants of civilization after the war against hell. Meanwhile Cabalco  remained latent, waiting for the right moment to take over the old UAC  facilities. The goal of Cabalco is to build its own portal generator, not just to bring back all the Cabal fallen army, but to resurrect Tchernobog.

During the process of opening the portal, the Cabal´s engineers detected an anomaly surely due to a bad adjustment of the collider. This produced an space-time disturbance in which the past (Blood) merged with the present (Doom II ) in a fragmented universe known as The Void.

And not only that! The vortex brought back Cabal ´s army along with all the demons from hell slaughtered by Doomguy!

Cabalco sorcerers tried to put the Icon of Sin under their control. But after several attempts, they found out was an impossible task. War of The Void begins ...

Being unable to subdue the army of hell, Cabalco scientists created the Hybrids. Servile and lethal creatures, combining Hell demons and Cabal forces.

Together they will not only fight to destroy the demons and acolytes of Cabal, but also the secret weapon of Cabal, the hybrid creatures!

BlooM have its own Episode: All the Way of Doomed Flesh, but also is compatible with any Doom saga iWADS (Doom , Doom II , The Ultimate Doom , The Plutonia Experiment , TNT: Evilution , Sigil ), changing the original monsters to the hibryd Bloom bestiary and giving the possibility to play with Doomguy or Caleb, changing the gameplay substantially (specially due the new monster behaviours) and offering thousands of hours of gameplay.

BlooM is also compatible with any vanilla WAD .

BlooM was built and tested to run through GZDoom 3.7.2 or higher, Zandronum 2.8 or higher or LZDoom and QZDoom recent builds.

The BlooM Hybrid Bestiary is composed for more than 30 new classes of monsters with new mechanics and behaviours. The aesthetic of the monster correspond to an hybridation, so all the monsters have characteristics of their vanilla counterparts.

In BlooM you can choose two Character Classes: 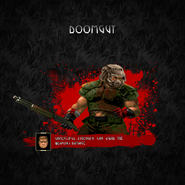 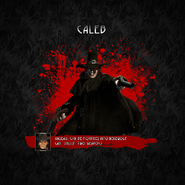 Caleb
Add a photo to this gallery

Episode: "All the way of Doomed Flesh" 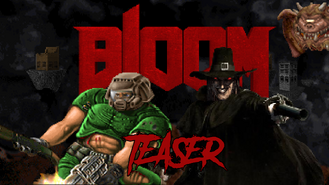 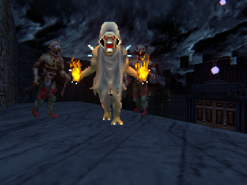 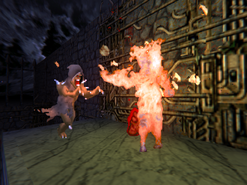 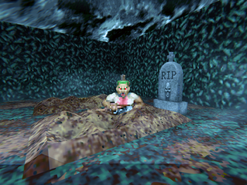 Hybrid zombie going out of the grave 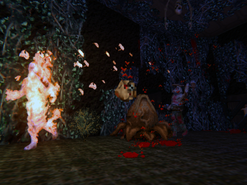 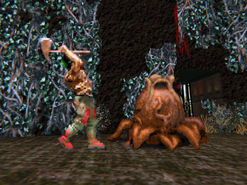 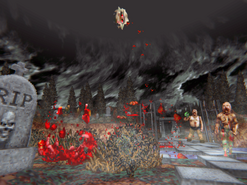 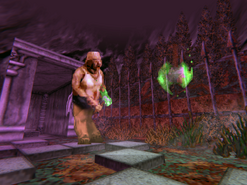 Butcher from Hell
Add a photo to this gallery

Retrieved from "https://doom.fandom.com/wiki/Bloom?oldid=123307"
Community content is available under CC-BY-SA unless otherwise noted.